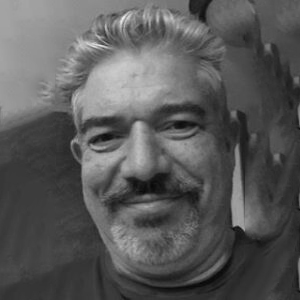 Pianist Joe Cartwright makes his home in Mission, Kansas and is recognized as a
proponent of ‘Kansas City Jazz.’ He is a graduate of the UMKC Conservatory of Music. Prior to the pandemic, Joe was the music director at Unity Village World Headquarters, and served for ten years as music director for the critically acclaimed NPR radio show 12th Street Jump. Joe has performed on and produced numerous recordings, many on his own label, Lafayette Music, including the 2017 release Out Of This World, featuring vocalist Molly Hammer. Some of his credits include work with jazz luminaries Eddie Harris, Christian McBride, Jeff Hamilton, John Clayton, Karrin Allyson, Jimmy Witherspoon, Kevin Mahogany and Mel Torme. Cartwright has performed for audiences in Africa, the Middle East, India, and Southeast Asia as part of the USIA/Kennedy Center Jazz Ambassador Touring Program. In the fall of 2012, the Joe Cartwright Quartet headlined the CCPA Jazz Festival in Asuncion, Paraguay as representatives of Kansas City Jazz.“I am always flattered when a fellow musician decides to perform and record one of my tunes. My pleasure and amazement is enhanced when the artist is as imaginative and talented as pianist Joe Cartwright. Cartwright is one of those unsung artists who deserves greater attention”
—Dave Brubeck“He leans over the grand, head cocked, watching the audience, an ear down near the keys, listening to an octave tremolo. It comes crashing down in a block chord, then another, as Cartwright, head bobbing, superimposes one rhythm on another. Pausing, Cartwright’s fingers emerge to to spider a line he lips. The steam builds, and soon the pianist is flinging swing out in handfuls. Cartwright throws his whole soul at the keys.”
—Kansas City Business JournalCartwright has performed at many acclaimed venues, including the Kennedy Center, Washington, D.C.; Teatro Municipale, Asuncion, Paraguay; Tata National Theater, Mumbai, India; Jazz In Marciac, Marciac, France;
Jazz At The Bistro, St. Louis, Missouri; Peace Center, Bethlehem, West Bank, Palestine;  Blue Room, Kansas City, Missouri; Kauffman Center For The Performing Arts, Kansas City, Missouri; and the Polsky Theatre, Carlsen Center, Overland Park, Kansas.