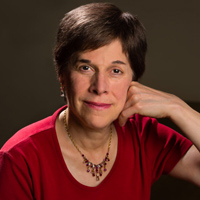 Cynthia Raim, piano, who was unanimously chosen as the First Prize winner of the Clara Haskil International Piano Competition, has been acclaimed for her concerto and recital appearances throughout the United States and abroad. In summing up the performance that won Ms. Raim the coveted Clara Haskil prize, La Suisse (Geneva) noted that “Miss Raim showed a musical nature that has gone far beyond technical mastery: Without affectation, without useless bravado, Cynthia Raim has imprinted herself on us and cannot escape our admiration.” Le Monde (Paris) called her “a new Clara Haskil.”

Ms. Raim has won the prestigious Pro Musicis Award and, in 1987, was the first recipient of the “Distinguished Artist Award” of The Musical Fund Society of Philadelphia (America’s oldest continuing musical organization), which was given for “outstanding achievement and artistic merit.” Her many U.S. appearances include Alice Tully Hall, the 92nd Street “Y,” the Kennedy Center, and the Master Keyboard Series of The Philadelphia Chamber Music Society.

A native of Detroit, where she first studied with Mischa Kottler, Ms. Raim was the youngest soloist to ever perform a complete concerto with the Detroit Symphony. Before graduating in 1977 from the Curtis Institute of Music, where she studied with Rudolf Serkin and Mieczslaw Horszowski, Ms. Raim had won the Festorazzi Award for Most Promising Pianist at Curtis, as well as first prizes in the J.S. Bach International and Three Rivers National Piano Competitions.