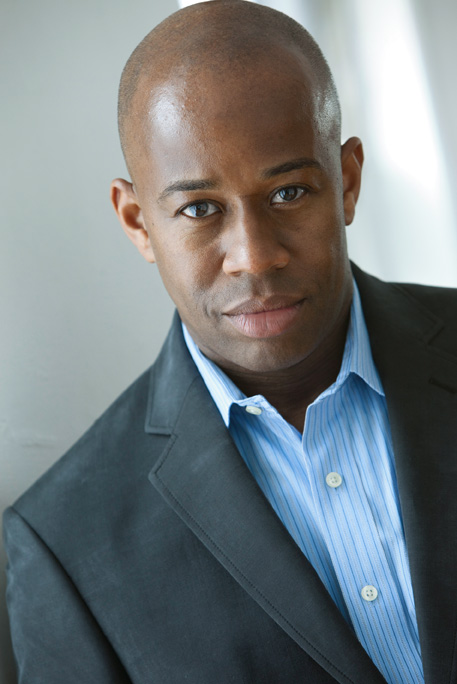 Raphel enjoys an active career as guest conductor. During the 2021-22 season, André Raphel appeared with the Youngstown Symphony and Hudson Valley Philharmonic among others. In recent seasons, he has led the Detroit Symphony, Pittsburgh Symphony and San Antonio Symphony. He has appeared with most of the major American orchestras including Boston Symphony, Chicago Symphony, Cleveland Orchestra, Philadelphia Orchestra and the New York Philharmonic. Raphel has led Germany’s Bamberg Symphony in two recordings for Bavarian Broadcasting. He made his Los Angeles debut conducting at the gala opening of The Broad museum. A recording of Uri Caine’s Passion of Octavius Catto with Raphel conducting has garnered acclaim.

André Raphel made his European debut with the Neubrandenburger Philharmonie and has also led the Moravska Philharmonie. In the United States he has appeared with the orchestras of Atlanta, Baltimore, Detroit, Houston, Milwaukee, Oregon, Pittsburgh, Saint Louis, Seattle, the National Symphony and
Minnesota Orchestra among others. He made his Carnegie Hall debut leading Robert Shaw and the Orchestra of St. Luke’s in a concert celebrating the centennial of mezzo-soprano Marian Anderson. Raphel’s international engagements have further included appearances with the Auckland Philharmonia,
Orquesta Sinfonica Nacional de Columbia and Orquesta Sinfonica Nacional de Costa Rica.

A guest conductor at major music festivals, Raphel has led concerts at the Blossom Music Festival and Tanglewood Music Center. He has also appeared at the Mann Center, Grant Park Music Festival, National Orchestral Institute, Brevard Music Festival, and the Campos do Jordao Festival in Brazil.

Raphel has a strong commitment to education and community engagement. His commitment to education is reflected in his work at leading conservatories and training programs. He has led the Juilliard Orchestra, New World Symphony, Kennedy Center Summer Music Institute and Henry Mancini Institute Orchestra. During his tenure with the Saint Louis Symphony, he served as Music Director of the orchestra’s In Unison program, a partnership between the orchestra and local churches.

Born André Raphel Smith in Durham, North Carolina he began formal music lessons at age 11. He received his Bachelor of Music degree from the University of Miami, and pursued further study at Yale University where he earned his Master’s Degree. While at Yale, he began conducting studies with Otto-Werner Mueller. He continued studies with Mueller at The Curtis Institute of Music earning a Diploma in conducting and at The Juilliard School, where he was awarded the Bruno Walter Memorial Scholarship and received an Advanced Certificate in orchestral conducting.

Raphel is the recipient of numerous honors and awards which attest to his artistry. In 2012, he was awarded the Distinguished Alumnus Award from the University of Miami. The Philadelphia Orchestra issued a special commemorative CD featuring William Grant Still’s Symphony No.1 with Maestro Raphel
conducting. He received the Distinguished Service Award from Yale University. Raphel is the recipient of an Honorary Doctorate from West Liberty University. The North Carolina Senate awarded Raphel the “Order of the Long Leaf Pine.” The award, presented annually is the state’s highest honor for a civilian.